Finding the Best of the Best

Not every single video game reaches popularity like the League of Legends eSports. One of the critical elements in the gaming industry nowadays is the ability to attract a lot more people with outstanding tournaments. Indeed, to reach that quality, any video game out, there needs to have these types of components:

First of all, it requires that the overall gameplay revolves matching against other players. For example, there won’t be any League of Legends eSports without the fight for “survival” between two different teams. Therefore, gaming genres such as MOBA (Multiplayer Online Battle Arena) gives a lot of advantages in this format.

Another point to take into consideration is the popularity of the game. Hence, when we talk about LoL eSports, every player on the planet knows what game is it, and what to spect. Furthermore, with a meaningful community behind the game, you’ll probably see a lot of interest and viewership in any type of tournament.

Last but not least, you’ll require a lot of updates to keep the video game “alive” for some time. Above all, through meaningful patches, you’ll have the possibility to change the figured META from the community. At the same time, you have the potential to increase the contents of your game by adding other characters, archetypes, or any type of customization.

When you reach this position, or when the stars align, you’ll have success in this “mode” for your game. Most noteworthy, each year, you’ll have the potential to watch it grow and attract more players with each season.

Even though the development team is capable of producing the elements above in a video game, the rest pretty much depends on the actual players in a community. Even though you can quickly notice the popularity of some League of Legends eSports professionals, it wasn’t that easy to achieve. Furthermore, you’ll never know which countries in the whole world will stand above the rest. Admittedly, when this happens, the overall gameplay level from those “micro” communities tend to go higher.

Additionally, in events such as the ones we see in LoL eSports, it is necessary to have a great team. Taking this into consideration, we may see some variations of gameplay in between. Therefore, you’ll see some groups that rely on a single player that does outstanding plays. At the same time, you’ll have the potential to see teams that move in unity and perform amazingly together.

Whatever the case it may be, each player spends too much time practicing to become one of the bests. Still, though, when everything concludes in a League of Legends eSports tournament, there could only be one winner. Above all, besides the trophy and the other rewards, they become the top players in the world. Such achievement remains through the overall history of the LoL eSports.

How to Become a Professional Player?

Overall, if you want to focus your entire life to become one League of Legends eSports professional, there are some meaningful steps that you could follow:

We all continuously see how this pandemic is affecting different parts of our lives. Hence, it is no surprise that Coronavirus is already making a difference in the League of Legends eSports ambient. This time around, we couldn’t count in crowned stadiums or even “Lan” gameplay.

Still, though, with the Internet capabilities, we have some versions of the usual tournaments. Therefore, in the current time, you’ll get the chance to see multiple matches between professionals in streaming services. Indeed, events like these are a fantastic activity to pass the time in your house.

Which Countries are eligible to Become Professionals in League of Legends?

Pretty much all of the countries that have coverage from the main servers. Therefore, if you are capable of playing League of Legends in your home, you also have the potential to become professional.

How can I become a professional player in League of Legends?

Does the Coronavirus make an effect in the League of Legends eSports scene?

Even though we still have the potential to see tournaments online, there are a lot of safety measures to keep everyone safe.

Do you have any questions about the League of Legends eSports Scene?
Let us know in the Comments Below! 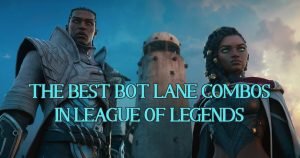 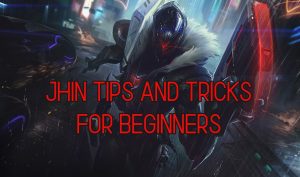 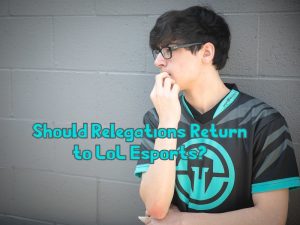