Just before the end of season 8, Riot releases another addition to the champion’s roster. With this new acquisition, the developers want to impress their player base with new interesting gaming mechanics. This time, the passive for this new champion, Neeko the Curious Chameleon, lets her change into any of her champion’s teammates. By “change” it means that the character model mimics another one in the match. For example, if one of your teammates picked Jinx, you can transform into that champion in that particular match.

Now, why this introduction contains the “Wukong 2.0” comparison instead of Zoe? If you compare the stats, they are entirely different. But well, the primary goal from both of characters is to trick the enemy team. They even share the ability to make a clone of themselves for a short while. Neeko though, adds more layers to this game mechanics with the ability to shapeshift into another champion. While you’re in “disguise,” you also change the walking speed and “right click” attacks. If done correctly, this passive ability can create a lot of confusion to the enemy team; with the possibility to start a Gank if the enemy is not aware of your ultimate’s cooldown.

Being born in an unknown island from the far East, Neeko the Curious Chameleon remained loyal to her peculiar tribe. Over the years she learned the unique abilities that they possess by changing into different animals that lurked through their surroundings. This particular talent aided her when the cataclysm destroyed their island by shapeshifting into a bird to fly away for safety. Being homeless, she was able to travel across different places through ships to find another place to belong.

Finding that other people only were able to use words to communicate instead of body expressions. She saw it easy to shapeshift into a large cat and run alongside their group. Until suddenly one of the cats was able to turn into a woman. Nidalee saw the capabilities of Neeko and made a bond between shapeshifters. But this didn’t last long. Due to Neeko instinct to explore the vast world, she felt that it was time to move on and look for new adventures elsewhere. Leaving her beloved homie, Nidalee, behind and search for any meaning.

Due to the nature of Neeko’s abilities, she can take three different roles in any match. Depending on the playstyle, she can either be chaotic, with the different ways to confuse her opponents; or create a lot of chances by the crowd control spells at her disposal. Taking this into consideration, Neeko can be successful in the next roles:

Description: Neeko can disguise herself to appear as an ally champion. Damaging or taking damage from enemy champions or casting either Blooming Burst or Tangle-Barbs breaks the illusion and increases the cooldown.

Summary: This ability is best suited to those players that want to use Neeko for the role of Support of Jungle. Being able to disguise as anyone of your team (as well as copy their “right-clicks”), you may be able to confuse a couple of enemy players. As support, this passive can reduce the possible Ganks since you practically have no health. On the other hand, if you’re a Jungler, this ability can create chaos among your enemies.

Description: Neeko propels a seed into a target area, which blooms and damages enemies. If the burst kills an enemy or damages a champion or giant monster, it will bloom again up to two times.

Summary: No matter what lane you chose to play with this champion. This kind of ability is always useful for every role that Neeko the Curious Chameleon can handle. At the early game, Blooming Burst can help you in dealing tons of damage in a little area. As time progresses, you’ll be able to use it to win team fights by damaging more than one target in place.

Summary: You need to spend some points on this ability to survive any possible Ganks while you’re in Mid lane. If you get that feeling that something may happen in your surroundings, vanish away. This type of spell can be dominant for any possible role as well. Since one of the limitations that this champion contains is the lower health, you’ll need this available all the time. Plus, the passive element of this ability can help you in Mid lane to get easier last hits or some harassment for your opponent.

Description: Neeko slings a magical spiral in a direction, damaging and briefly rooting enemies it passes through. The previous champion hit is rooted longer.
If Tangle-Barbs hits at least two enemies, it grows in size, speed, and root duration.

Summary: You’ll probably going to need this ability more if you’re taking the Support role. With this Neeko the Curious Chameleon will be able to have control in the lane. Just make sure that you’re always behind some minions to make the most of it. When the time progresses, this ability can be devastating when team fights occur. Just make sure that it lands between more than one enemy and let the damage begin.

Description: Neeko begins charging herself with spiritual essence. A moment later, she leaps into the air, gains a shield, and slows nearby enemies, releasing energy upon landing to make massively damage and stun enemies in the area.
When disguised by Inherent Glamour, enemies won’t see Neeko’s initial charge-up.

Summary: With all the devastation that this ability can bring, you’ll probably need it at its full capacity if you’re taking the Mid lane. After you have gathered enough items to boost your magical damage, this ultimate can be devastating in team fights. Plus, the afterward stun can keep your enemies under control for more seconds, which can be crucial in later parts of the match. The advantages that give while camouflaged makes this ultimate relevant for the Jungle as well, without knowing it, your enemies may fall into a trap.

With this champion, you can pretty much look for anything that can boost your magical abilities. For example, anything that says “Cooldown Reduction” and “AP Increase.” Depending on the role you want to play with, the number of items may vary. We all know how difficult it is to buy stuff as a Support, but still with the crowd control that her abilities posses, you can keep the relevance at bay. In the Jungle, the number of items is dependable of your performance in-game, every kill can contribute later on. While in the Mid lane, there is a higher chance that you’ll be able to get every item you’ll need; which means that if you see Neeko the Curious Chameleon as a damage dealer, this may be the best suit for you.

Between all the spells that are available for us, here are the best suited for Neeko the Curious Chameleon:

As always, having the option to disengage any bad situations can be the best option for anyone. With Flash, you’re able to keep your champion alive from unwanted Ganks. One amazing feat if you plan on playing defensively to influence the outcome of some team fights. But with this champion, there is the option of going full agro with this spell. After you start charging your Ultimate, you can “flash” in the middle of the enemy team to deal damage and stun your opponents. With the addition of the afterward stun, your teammates can take the advantage and win some encounters.


These two options can increase the performance of your play style with Neeko the Curious Chameleon. If you’re playing defensively, the best option for you may be Cleanse; since it can assist you in removing some debuffs that can give some advantages to your enemies. With this spell, you have more options to disengage and keep that crowd control for your teammates.
On the other hand, if you’re more like a person that punches first and asks questions later, Ignite works best on you. With this spell, you’re able to increase the ability combo to deal more damage to your enemies. 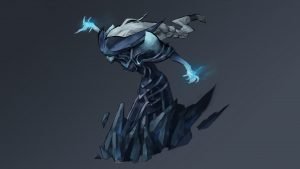 If you want to use the capabilities that Neeko the Curious Chameleon has to offer; some of the best combinations that can aid you in achieving this potential are to pair yourself more stuns. With more crowd control, you can land more abilities between your enemies to inflict more pain. If you’re able to obtain items that can boost your magical damage, elements like this become necessary. Imagine if you’re always capable of capturing the entire enemy team with your “AOEs” (Area of Effect). With that advantage, you’ll be able to stun them and deal tons of damage in the process.

With this new exciting mechanic that Riot delivers from this new champion, we now have more options to have fun. Being able to turn yourself into any character available in the game, can give you more opportunities to confuse the enemy team. Creative minds can have a blast making some mischief in the middle of any match, by creating chaos between lanes. Neeko can also give you the option to disengage whenever things may go ripe on you.

Thanks to the variety that Neeko the Curious Chameleon has on her abilities. She’s able to participate in entirely different roles that League of Legends has to offer. In the same time, this champion can be appealing to either defensive or aggressive players alike. One of the downsides though is her low health bar; but if played well, you may be able to retreat quickly. Still, if you’re doing poorly in the early game, there’s always a chance for a comeback.

If you’re able to “farm” enough items in one match, your abilities can create more destruction and crowd control. Plus, paired with more stun from your teammates and you’ll have a less rough time to land everything accordingly. Well now, if you’re able to unlock this champion on your roster, you have more knowledge of what elements Neeko has to offer. Just remember to be creative about the new mechanics she has to offer. Choose what suits for you, and try to remain in one role for a couple of matches. Take your time to be able to use her will all that she has to offer, but most importantly have fun.

How to Play Against LoL Lane Counters During the Laning Phase

The Top 5 Best Champion Ultimates in League of Legends