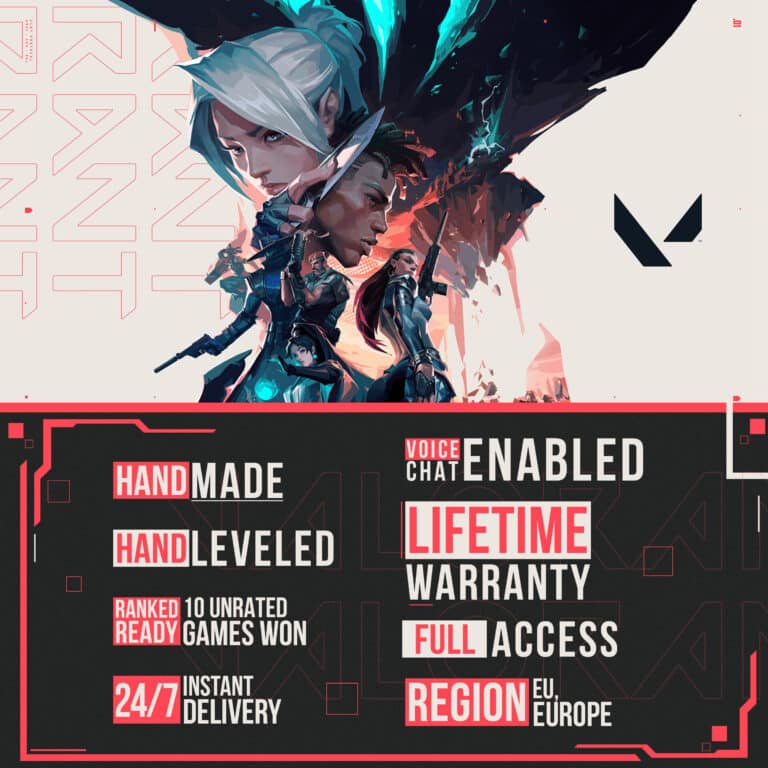 RANKED READY
FULL ACCESS
COMMANDER
$14.13
$23.51
SALE
Ready for Ranked:
10 unrated Games won and ready for ranked
Full Access:
Simply change the email and the password
Voice chat enabled:
Want to talk to your Teammates, no problem!
Handplayed:
All our Accounts are played by hand. No software whatsoever!
Nickname:
The Account nickname is changeable, max after 30 days.
NON-AFK:
They aren't AFK-leveled, like most accs you can buy
Warranty:
Lifetime Warranty included on all LolFinity Accounts
Instant Delivery:
Receive your account instantly after purchase
$14.13 $23.51
Account Details 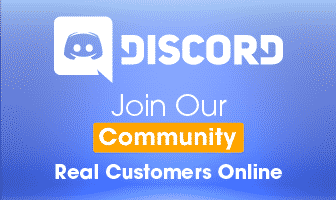 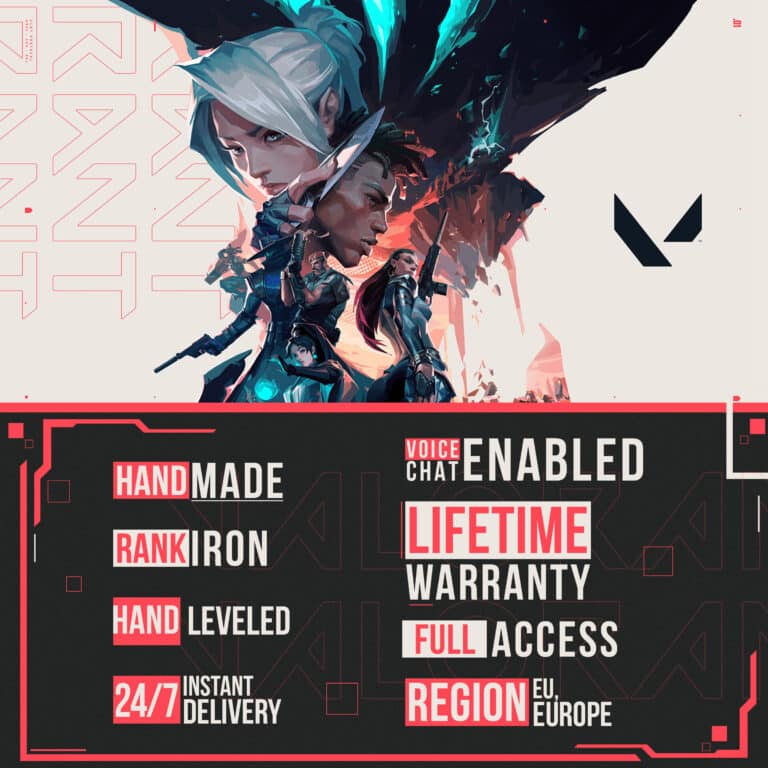 IRON RANKED
FULL ACCESS
LIEUTENANT
$23.51
$35.29
SALE
Ready for Ranked:
10 unrated Games won and ready for ranked
Full Access:
Simply change the email and the password
Voice chat enabled:
Want to talk to your Teammates, no problem!
Handplayed:
All our Accounts are played by hand. No software whatsoever!
Nickname:
The Account nickname is changeable, max after 30 days.
NON-AFK:
They aren't AFK-leveled, like most accs you can buy
Warranty:
Lifetime Warranty included on all LolFinity Accounts
Instant Delivery:
Receive your account instantly after purchase
$23.51 $35.29
Account Details

Are these Accounts really Handplayed?

Yes, absolutely. We never leverage any kind of software when creating and level these accounts. We do have a great team, which love to play Valorant, and since they already ranked their own accounts in Immortal and some even Radiant ELO, they love to get their hands on new accs and start grinding them for you!

Simply put, our players leveling these accounts know what they are doing. They are seasoned veterans playing shooters in general and play Valorant every single day. Therefore these accounts have a great KDA and overall a Winrate of over 50%.

It’s quite simple – if your Valorant account gets banned through any fault or defect of our own we will provide you one brand-new replacement Valorant smurf account free of charge.

Simply contact us through the various contact opportunities on LF.com, and we’ll be in touch with you as soon as possible.

Simply head over to our Frequently Asked Questions and you’ll find most of your questions answered.

When you should buy an account for Asia and Oceania?

Everyone knows that Asia and Oceania are homes to the most competitive esports countries in the world. With Valorant’s player base growing all over the world, what region is best to play in than in the OCE/ASIA regions that houses the most dominant Valorant leagues in the world. As the game continues to develop, now is the best time for aspiring Valorant players like you to show what you’ve got by climbing at the very top of the region’s ranking and prove yourself!

Right now, there is very little demand for Valorant accounts since a lot of players are still unaware of the benefits of buying one. Because of that, the prices are still a bit on the lower side of the range so pioneers like you are lucky to have found it as early as now. Buying a smurf account will eventually become more expensive and harder later on when everybody realizes that they must purchase Valorant accounts to keep up with the competitive community.

Valorant smurf accounts offer you a lot of benefits such as starting out with a fresh MMR and the 20 unrated games all completed so that you’ll be able to jump right into the ranked ladder. Some Valorant smurfs might also feature rewards from previous events that you’ve missed out on since you started out late, but that ultimately depends on when the account was created. All Valorant accounts are created to satisfy the expectations and needs of our customers.

Right now, LolFinity has developed the best way to create smurf with our years of experience in catering to the League of Legends community. Each account is hand-leveled so that it doesn’t fall under violations regarding the use of third-party programs and bots. You are ensured to get an account with its integrity intact as not to be reported for breaching the Valorant Terms and Services. Not to mention, it comes with a lifetime warranty in case our process slips.

Asia and Oceania contain a diverse amount of cultures playing under a unified server to share their skills. It might prove to be hard to communicate with the players as you play, but the English-speaking community is actually quite decent. Test your skills against players who are dedicating their time to playing Valorant, learning new tactics and strategies along the way. You might even find the region to be the best place to train.

The game is slowly earning its place as one of the top esports in the world thanks to the efforts and promotion that Riot Games has poured into it. Join the ever-growing community by testing out your skills against players all around the world. Buy your smurf account today and test out which region do you have the most fun playing in.

Choose LolFinity to be your number 1 partner when it comes to getting a smurf account you deserve! The journey towards becoming the best in the world is a long one, and it starts with what you do today!

Why you should buy from LolFinity!

Asia and Oceania have a reputation for developing the most competitive players in the world. In this region, gaming isn’t just a hobby but also an arena to prove that their time and money spent on playing the game bears fruit. This is why LolFinity also pours in the same amount of effort into providing such players high-quality accounts that are worth every penny but will last you for a long time. Even the reviews on our League of Legends store says so!

Competitive Valorant is one of the rising topics in the world due to the amount of support and promotion that Riot Games has been investing to make it successful. With that said, we want players like you to be able to stand on the top of the competitive stage with the help of our accounts to ensure that your dreams will definitely come true. This is why our team has developed the best way to create smurf accounts that will leave you satisfied.

LolFinity Valorant smurf accounts are all organically hand-leveled, meaning it doesn’t trespass against Riot Games Terms and Conditions regarding the use of third-party programs and bots. This is to ensure that you won’t encounter any problems or get randomly banned. These accounts were leveled-up by individuals who respect the integrity of each account so as to not destroy the integrity of the account due to toxic or unsportsmanlike behavior in-game.

The team behind making the accounts have played the prerequisite 20 Unrated games necessary for you to play the Ranked Mode. With a fresh MMR, you definitely won’t have to worry about getting teamed up with boosted players that often while playing the game. This also means that you have more control over whatever happens to your account in the future and is only limited by your skills as a player.

LolFinity also prides itself on its top service quality that ensures all customer’s demands are met all the time. Aside from our live chat, the 24/7 delivery system allows you to receive your purchase almost instantly after your payment has been confirmed. The account also includes an unverified email so that you can change it to one of your choosing and secure it. We are familiar with the concerns of customers when it comes to buying smurf accounts so we’ve taken extra steps to make sure that you feel safe with us.

Enjoy a lifetime warranty on accounts you’ve purchased and get a free replacement for an account that has experienced issues due to mishandling from our side. What are you waiting for? Get your smurf account from LolFinity today!

CHECK OUT OUR BLOG AND LEARN EVERYTHING ON

SEE WHY CUSTOMERS LOVE US

15% DISCOUNT
Click to claim
Your offer is still here!
Thanks a lot for sharing!
Don't miss out on any big news regarding League of Legends and LolFinity. Follow us on social media!