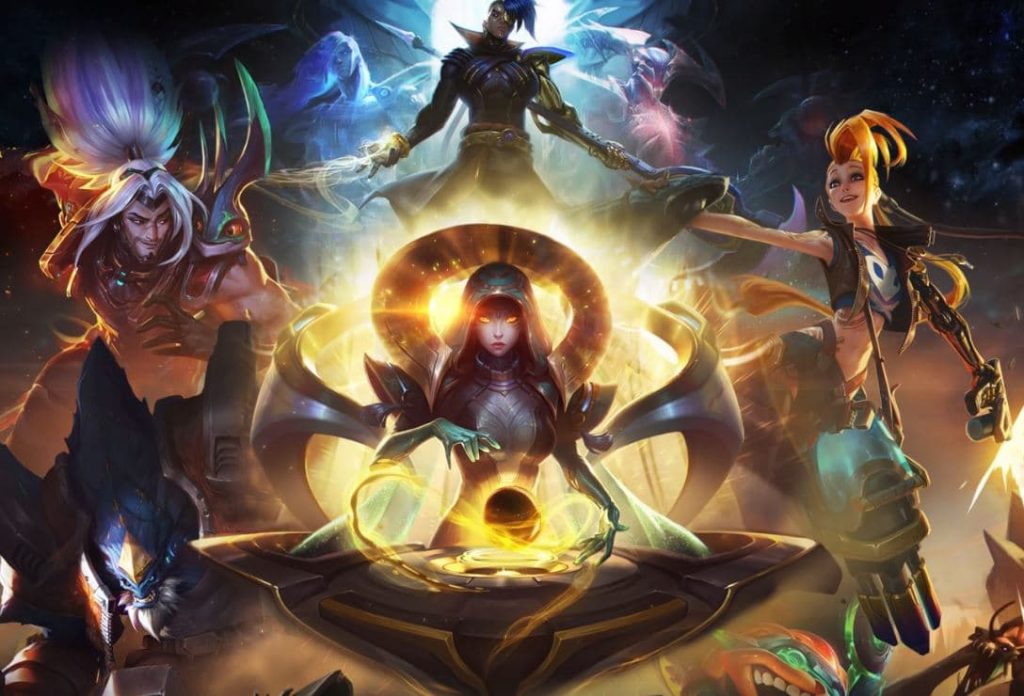 Riot Games has delivered another alternative to “Summoner’s Rift” with the new custom game mode called Odyssey. In this occasion, we follow a crew on a space voyage, as they discover new planets and stars across the vast Outer Space. For this entry, we follow the crew (called the Morning Stars) as they discover an uncharted planet, filled with dangerous creatures just to conclude with one epic fight with one of their enemies, a dangerous and emo assassin (Kayn).

This new entry of another of the multiple Riot events gives an interesting alternative to play League of Legends. To start with, this is a PvE (Player versus Everything) mode from which the hazards and the creature’s mob quantity varies upon the difficulty you establish before queueing for a new game.

Lore-wise is a mess. It has nothing to do with the Nexus or anything about the base game at all. Still, though, this doesn’t prevent it from making the custom game interesting and refreshing. The champions (although are mostly the same, stats and skill wise) used in this mode “feel” different as the rules in play change, and the objectives differ.

When you queue for this custom game mode, the search engine tries to find the most positive teammates out there, and the game starts. You’ll find that this time the champion pool is very limited (5 Champions to be exact), but there’s no limit of the quantity for the same champion to be picked up and played. For example, all the five players can have one of the different champions that belong in the “Morning Stars” crew, or the five players can choose the same crew member and play.

The experience is divided into four different “Points” or “Sites Explored”. The first four maps have the same aesthetic but vary with different terrains and creatures in it. For this maps, the main objective is to kill all the monsters you encounter, avoid different hazards and collect gold. After a while, a “companion robot” gets recharged, kills everything and you move on to the next map. Between maps, you can expend the collected gold to buy items and improve your champion (some mechanic we are very familiar right now).

The last part of the Extraction map changes its colors for a darker tone. In this map, you get to fight the final boss, the powerful (and emo) assassin “Kayn”. This boss has three stages where you need to reduce his life bar and avoid the different spells that scatter all over the place from his arsenal.

The essence of this Custom map is the same for every difficulty, the only things that change though are the number of mobs, their health and the amount of “spells” you need to avoid.

This is an interesting mechanic that was added to the game for this particular custom game mode. The augments give a lot of variety to every champion you can choose for the Extraction map. These augments can improve the passives or even change the potential for the champion’s abilities.

In order to obtain these improvements, you only need to play the game and kill the final boss to win. Another way to obtain more augments is to kill a random mob called “Relicbead” which gives one additional augment when you kill it.

Once your augment collection grows bigger, you can check your “Collection” in the League of Legends lobby interface, review the different improvements they do to the champions and pick those that follow your playing style. At first, you can only equip one augment per champion, but as soon as you complete one branch of missions (that we’ll discuss in the next part), you’ll be able to place more and customize even more the abilities of every champion.

For this part of the Special Event, I’ve divided the multiple missions it provides into four different categories. Two of them are already established by Riot Games. These missions give another layer of content for this particular even and give us rewards when we complete their requirements. These rewards can assist you in improving your champion repertoire or give you additional skins if you have all the champion’s roster already unlocked.

At the same time, the missions can keep the “Extraction map” more interesting as they give you additional objectives that can change the playability of the custom game mode.

As the title of this group of missions implies, they can only be completed when you play on the Summoner’s Rift map. They aren’t that difficult and you can try them if you want a break from the “Extraction Map” custom game mode.  Even those that look a little difficult have two different ways to complete, for example, the “Pew Pew Pew” mission which can be done by killing Baron twice or by killing 2000 minions and jungle monsters. This can help you a lot to complete all the missions from this group without too much skill required or prayers.

Welcome Aboard: Win 3 games AND Place a control ward in 5 different games

Pew Pew Pew: Kill 2,000 minions and jungle monsters as a team OR Kill Baron twice as a team

Bounty Hunting: Kill 2 dragons as a team AND Get 15 kills

Advanced Teamness: Get 75 assists AND Destroy 25 towers as a team

Now You’re Ready: Win a PvP game on Summoner’s Rift in under 30 minutes OR Win 4 games

In this group, these missions can only be achieved when you play the custom game mode. Some of them aren’t that difficult and can be completed in a couple of hours. Though for this mode, I rearranged the missions in order of difficulty, rewards and special requirements; that you may need in order to complete them.

The first sub-group consists of those missions that give you more Augment Slots that can aid you to unlock the full potential of your champions. The more Augments you equip, the crazier and powerful you can be. It’s recommendable that you focus on these missions in order to progress with the difficulties that you unlock as you play through.

Blow Up Some Space Nerds: Kill 400 monsters as a team

Blow Up More Space Nerds: Clear Odyssey (Extraction) on Crewmember difficulty (or higher) AND Kill 1500 monsters as a team

Since the “Extraction map” requires less of your time to complete, you can go through three or four missions in an hour. Doesn’t matter if you’re going solo or with a party, the requirements for this group of missions aren’t too demanding.

Fend Them Off: Clear Intro difficulty or higher

The Crew: Clear any difficulty with the following characters: Jinx AND Malphite AND Yasuo

The Recruits: Clear any difficulty with the following characters: Sona AND Ziggs

Hyper Punch Upgrade: Clear any difficulty as Malphite with Blade of the Ruined King AND Guinsoo’s Rageblade still equipped

These missions are top-notch when it comes to difficulty and complexity. For them is highly recommendable that you have a party of five people ready before you queue. For example, having 5 Yasous in your team can be difficult to achieve when you are with random teammates that lock their champions almost instantly or don’t have the mission unlocked on their accounts. At the same time, some of these missions (the ones that require the higher difficulty and fewer augments equipped) need more communication and complex line-ups (4 yasous and 1 Malphite, for example).

No, I’M the Captain: Clear any difficulty with a team of 5 Yasuos

Perfect Composition (HARD): Clear Onslaught with all 5 people playing as the same character

Space Wizards’ Guild (HARD): Clear Onslaught with all 5 people playing as either Ziggs or Sona

Morning Star Veterans (HARD): Clear Onslaught as a team without Sona or Ziggs, and only 1 Jinx

Planetary Legends (HARD): Clear Onslaught with each person having 4 or fewer Augments equipped

The number of rewards that you can get for this special event depends only on your enthusiasm for the new custom game mode. If you don’t feel like playing the Extraction Map, no worries, you still can get 40 Odyssey Tokens and 1000 Blue Essence just by playing on Summoner’s Rift and complete the missions.

But if you are open to experience different play styles, you can add the rewards from the Extraction Map and get more stuff just by playing. If you’re going solo, you have the opportunity to get 55 Odyssey Tokens and 1500 Blue Essence, just by completing the “Augment” and “Solo-doable” missions. (95 Tokens and 2500 Blue Essence in total)

If you don’t want to stop here and you want to complete every mission out there. There’s the chance to add more rewards and complete the hardest difficulties that this mode has to offer. If you don’t have enough friends that can play or aren’t interested in this game mode, don’t worry, you can find more party members in the official forums or by joining the “League of Legends Discord” group.

Odyssey is a great custom game mode that feels sort of like one ARPG (Action Role Playing Game) out there. For example, like “Diablo” or “Grim Dawn”, you can level up your character and try to survive as you fight multiple mobs in a tiny map. The only thing that lacks (and it’s crucial for those types of games) is that there’s one theme for the maps and there aren’t many mob variability. Which makes it repetitive pretty quickly.

But (and this is a huge one) the only requirements for you to play the Extraction Map, are just to download a little update and queue for that custom game mode. It uses the same engine and Riot gives it for free to all the community.

In the end, this is a great addition for your gaming experience in the League of Legends universe, you can even practice the champions that offers and have fun for a couple of hours. This gives a lot of possible improvement for future special events with the same theme that have more variety and replay value.

Continue your knowledge in League of Legends with these Amazing Articles:

Looking Back at DRX: The Worlds 2022 Champions!